Posted on October 1, 2018 by viinikanoja

1 & 2. exercise: Explain in your own words different printing methods and find examples of them from internet.

Wood engraving (relief printing method) – is where you carve part of the wood away from the surface of the wood, put ink on it and then press the image either by hand or press. I have tried this technique. 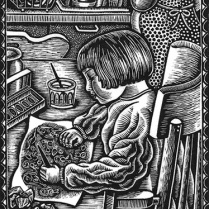 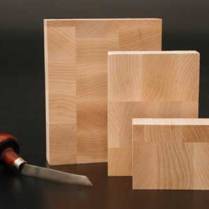 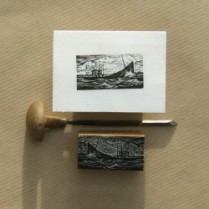 Linocut – is similar to wood carving but a soft sheet of linoleum is used for the technique. I have tried this technique.

Drypoint – In drypoint the picture is scratched to the plate with a hard pointed needle. The needle is more like a pen than in the carving techniques. Anything isn’t taking out from the plate just scratched the surface. Old days the copper plates were used but now commonly used are also acetate, zinc and plexiglas. The line is typically rich and blurred. I have tried this technique.

Etching (relief printing method) – usually a strong acid is used to cut into the unprotected parts of the metal surface to create the design into the metal. A wax which is resistant to the acid is used to cover the metal plate and then the artist would carve with a etching needle where he or she wants the line to appear. I haven’t tried this one.

Engraving – is a method where a line is cut into the hard, usually flat surface. The cuts are then filled with ink and pressed. It’s the oldest and most important techniques in printmaking. Bank notes are done this way. I have tried this one too.

Lithography – This printing process uses a plane surface (such as a flat stone or metal plate) on which the image areas are worked using a greasy substance so that they are ink-receptive and the blank areas are made ink-repellent. It relays to the fact that water and oil doesn’t mix. The printing area is kept wet, oil-based ink is rolled over and sticks to the greasy receptive image area. I think this is the only printing method I haven’t tried.

Screen printing (1911)- This technique uses a screen that has been stressed on a frame to which the stencil (a mask) has been applied. The ink is pressed through the screen to the paper or fabric and the opening parts of the stencil will perform the image. I have done screen printing several times to the fabric. 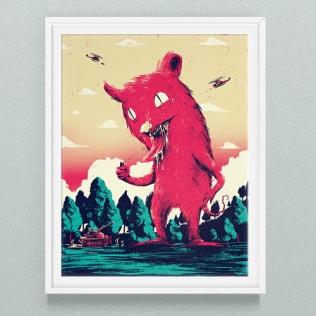 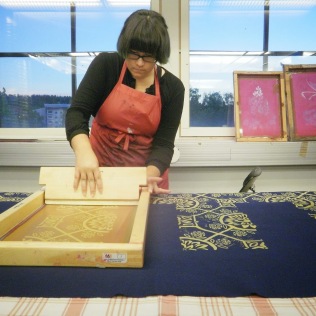 Monoprinting – In this method the image can be only made once. A reprintable block – etched plate or woodblock – is used for printing the image. I have done monoprinting. 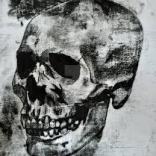 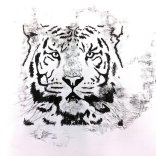 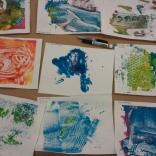 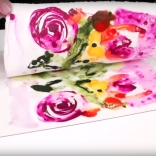 Digital printing – The history of digital printing is quite short. The first digital printing presses came into market in the early 1990s. Digital printing assembles each image from mathematical formulas and a complex set of numbers. The images are made of dots, called pixels. The method can be nowadays used quite innovative ways – to wall and window prints, even for objects like soccer balls.

This site uses Akismet to reduce spam. Learn how your comment data is processed.